He’s now a Hollywood A-Lister who’s been the toast of the Oscars and arguably one of the hottest young actors on the red carpet.

But times were very different for Eddie Redmayne, who starred as Marius in this year’s hit musical Les Miserables, as these new images show.

Even the gorgeous Eddie was forced to start small, very small – as the face of knitting company Rowan Yarns.

The knitwear company, which posted the snaps on Facebook with the caption: “Hollywood A-lister found in Rowan’s archives!”, chose Eddie to model their unusual designs in 2004, when he was 22.

Eddie wears a variety of garish sweaters, advertising designs such as Saucer, Brooklyn and Combat, a far cry from his last modeling campaign which was for Burberry designers.

Unlike some Hollywood celebrities, Eddie’s snaps aren’t too awkward, despite his red hair hiding his chiseled face. 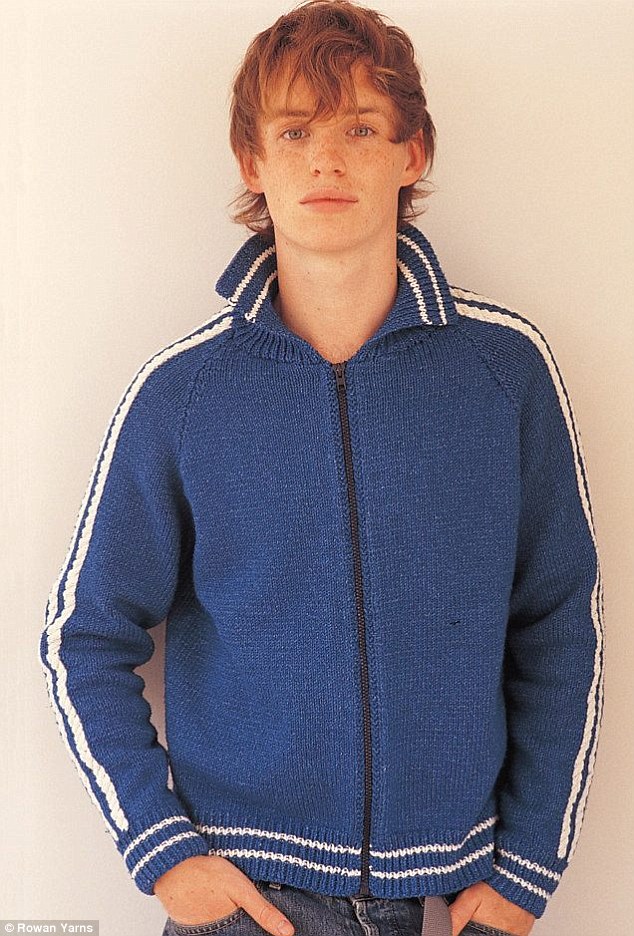 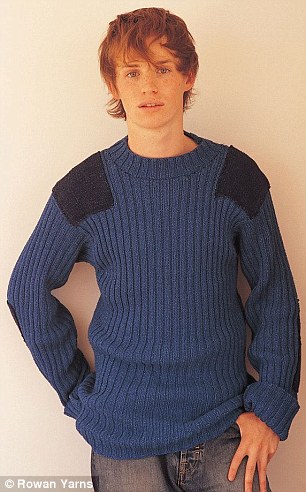 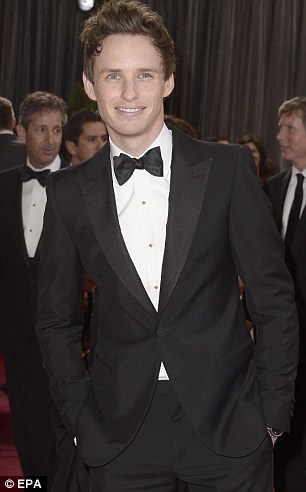 Then and now: Eddie slumps in 2002 (left) and stands tall at this year’s Oscars 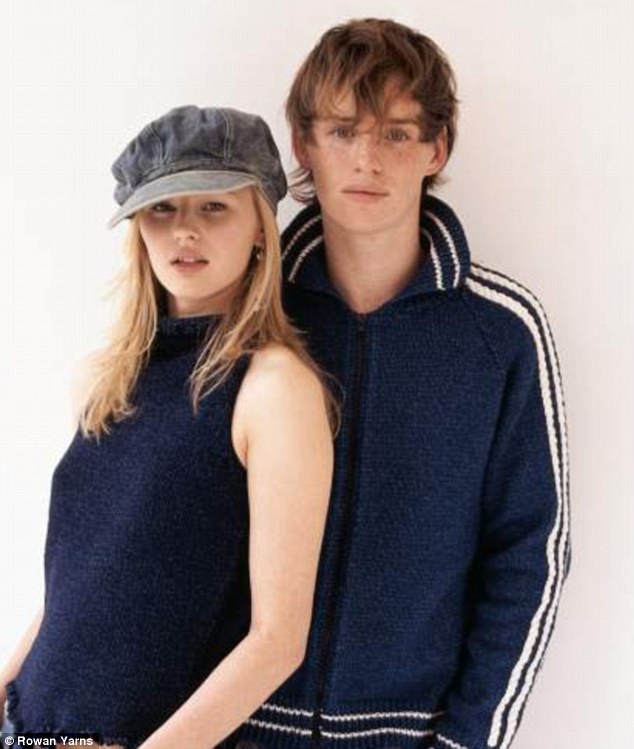 Double stitch: Eddie, who now favors a banana over a longer style, pouts with a blonde model 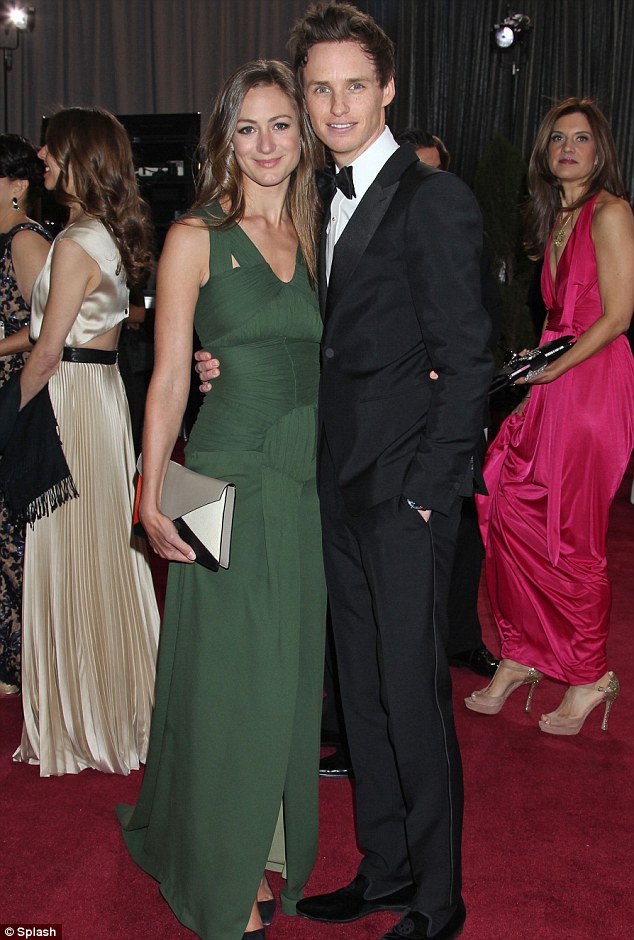 For die-hard Eddie fans, the images are still available in print in a book called Denim People, which can be viewed online.

The blurb on the back reads, “Denim People includes knitting patterns for men and women, and provides instructions for accessorizing the patterns with beads and fabric embellishments.”

Eton and Cambridge-educated Eddie, who is now 31, moved beyond modeling and became the star of War Horse, My Week With Marilyn and the acclaimed TV drama Birdsong before finding worldwide success with Les Mis. 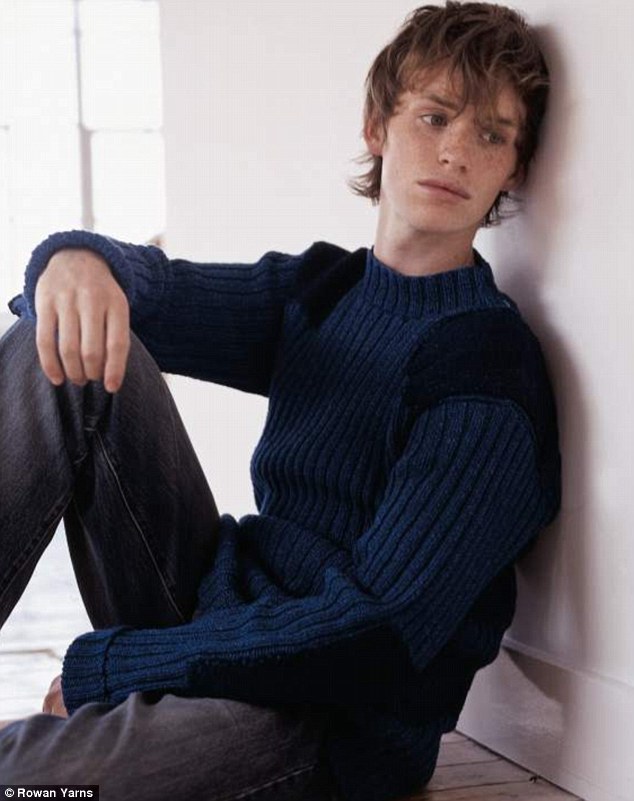 The thoughtful look: Eddie stares into space with the Combat knitting pattern

However, his latest film Hick – a tale of violent rape, pedophilia, underage gun use and violence – was a huge flop when it was released in the US and seems destined to follow the dreaded ‘straight to DVD’ route in the UK.

Hick premiered at the Toronto International Film Festival in September 2011 and was released in US theaters last May. 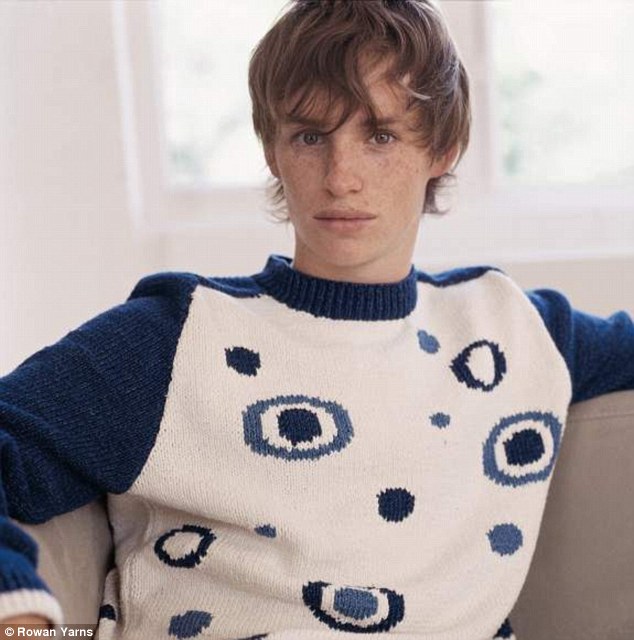 Freckles: At the time, Eddie preferred the mop hair look

It achieved a certain cult status among teenagers and there were high hopes that it would be an independent box office hit in Britain. But no UK film distributor would touch it, which led to the decision to release it on DVD. 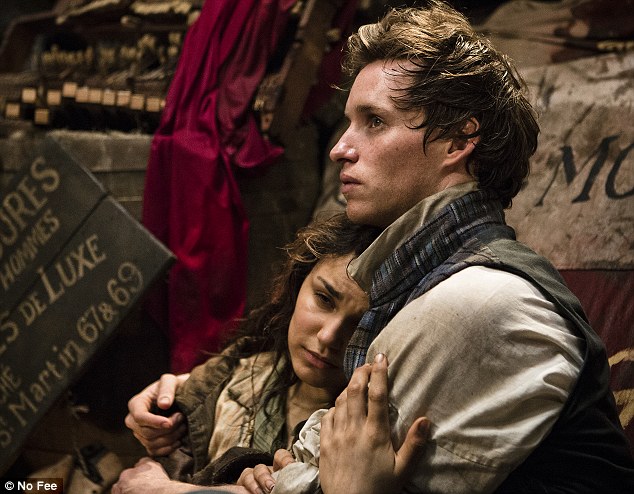