Instructor gets passionate about river surfing in Dayton

DAYTON, Ohio – As the icy water flows over her board and her family cheers from the shore, Fiona takes a deep breath and dives towards the rapids.

Finding her balance, she gets on all fours, then one foot steps forward, shaking slightly as she muster the strength to stand up.

Suddenly she did. She has joined an exclusive but growing list of river surfers who have taken on the Great Miami River, many under the guidance of Shannon Thomas.

Thomas has been teaching his classes at Riverscape Metro Park in Dayton for about three years, attracting more and more students each year.

Thomas trains a student about to ride the wave.

“They come from all over the place and it’s usually just someone who wants to try surfing but they’re landlocked,” he said.

Growing up in Dayton, Thomas said he had always had a love for the river. He spent years surfing the waves in a kayak and later on a stand-up paddle board. When he learned to river surf it seemed like the next logical step.

“It’s pretty much fair for anyone who wants to enjoy the river and can do so safely,” he said.

Rivers create their own natural continuous waves, especially along dams and rapids. River surfers find a place where the currents meet with enough force to hold a board in place as long as surfers can keep their balance. 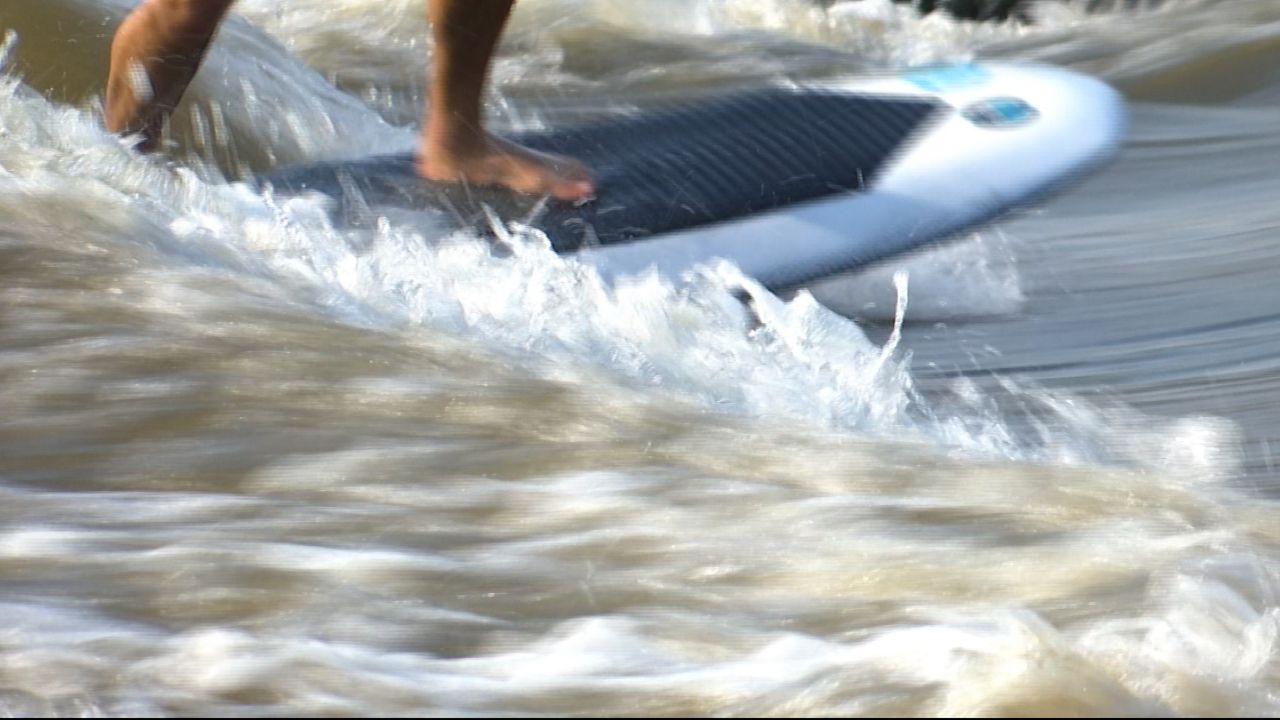 “There is enough power for you to know that you first start bodyboarding and then get down on your knees and get back up,” Thomas said.

From there, the physics of the wave are similar to ocean surfing, but according to Thomas the waves are lower and longer.

“An ocean wave, you know it’s changing, it’s building up so you kind of owe time and you only have if you’re lucky an eight second ride when here it’s a no wave. end so once you’re up you can have two, three -minutes of surfing, ”he said.

At first, Thomas was one of the few Dayton surfers who wanted to try the river, but after a few good years of surfing under his belt, he started Surf Dayton, alongside Santa Cruz native and EMT Jake Brown. .

Hoping to spread the sport, the two started offering classes in 2018. Almost every clear summer afternoon and weekend, you can find at least one leading a class.

Before they get into the water, it starts with a talk about safety by the river. Everyone is given a personal flotation device and learned to wear it correctly.

“The first thing you do is tighten the sides,” Thomas said as he demonstrated to his last group of students. “I like having mine a little low.”

Then, they learn how to securely strap on to their board and get the proper equipment. 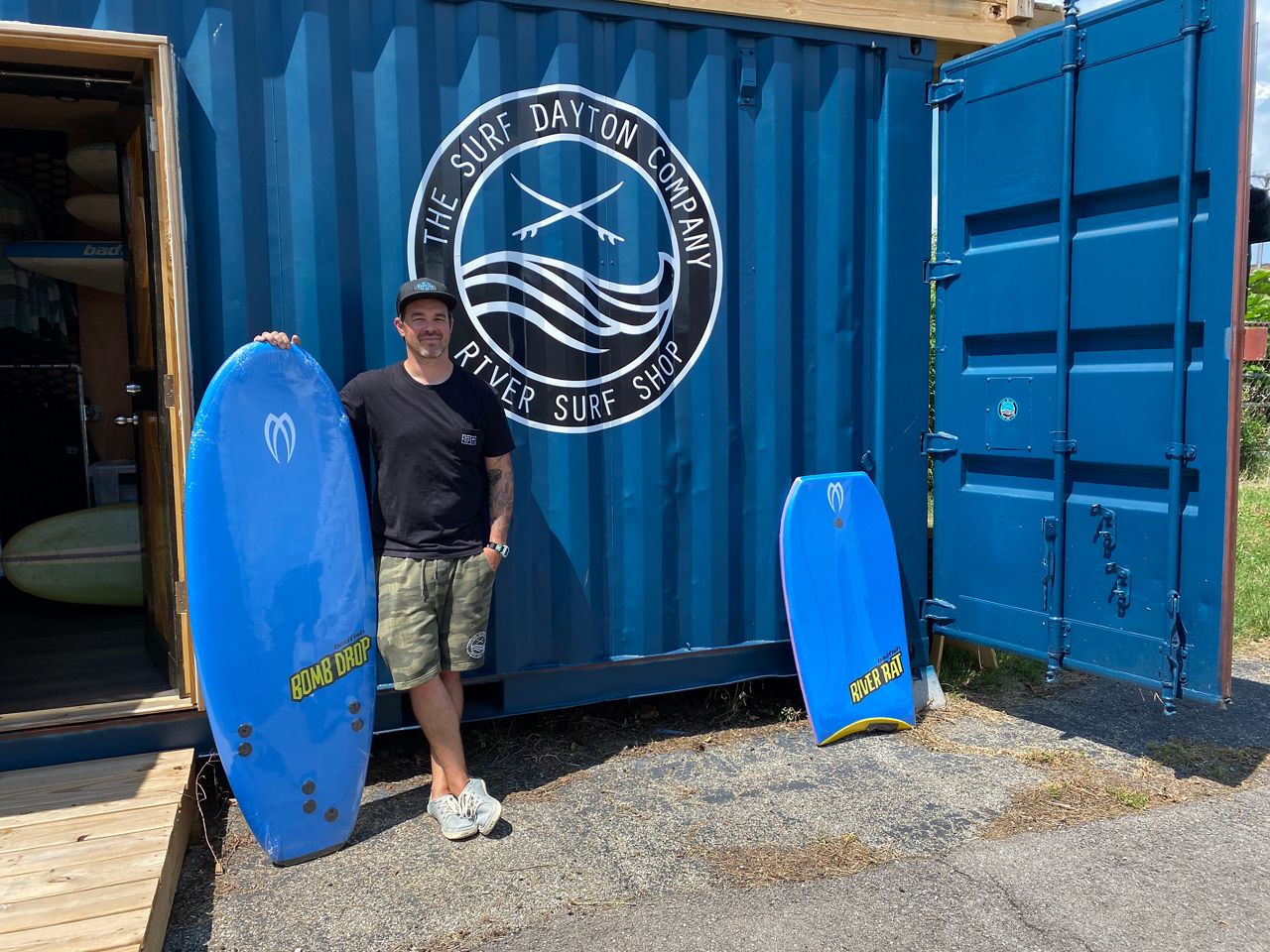 He said that was the most important part. Thomas and Brown want to make sure that anyone who tries river surfing is doing it safely and with the right equipment.

“We also rent paddle boards and surfboards, but we don’t rent surfboards unless someone has taken a lesson with us before,” Thomas said.

They keep everything in stock in a new surf shop that Thomas built from a shipping container last year. The pair have a partnership to supply Badfish boards and products.

“They’re actually made to fit in a river wave,” Thomas said.

Right now the store is a few blocks from the river. Thomas brings the students back after a session to climb on his roof and debrief on the surf of the day.

“Just watch the sunset and see the riverscape and downtown skyline,” he said.

Much of Surf Dayton’s summer is already set aside for lessons. Thomas said students came from all over Ohio and even Detroit to try river surfing and that as the sport developed he said Surf Dayton likely would too.

By next year, he hopes to expand his store, see even more students, and perhaps move the operation even closer to the river.

Until then however, he said he had plenty of students to keep him busy on the final waves of the summer season. 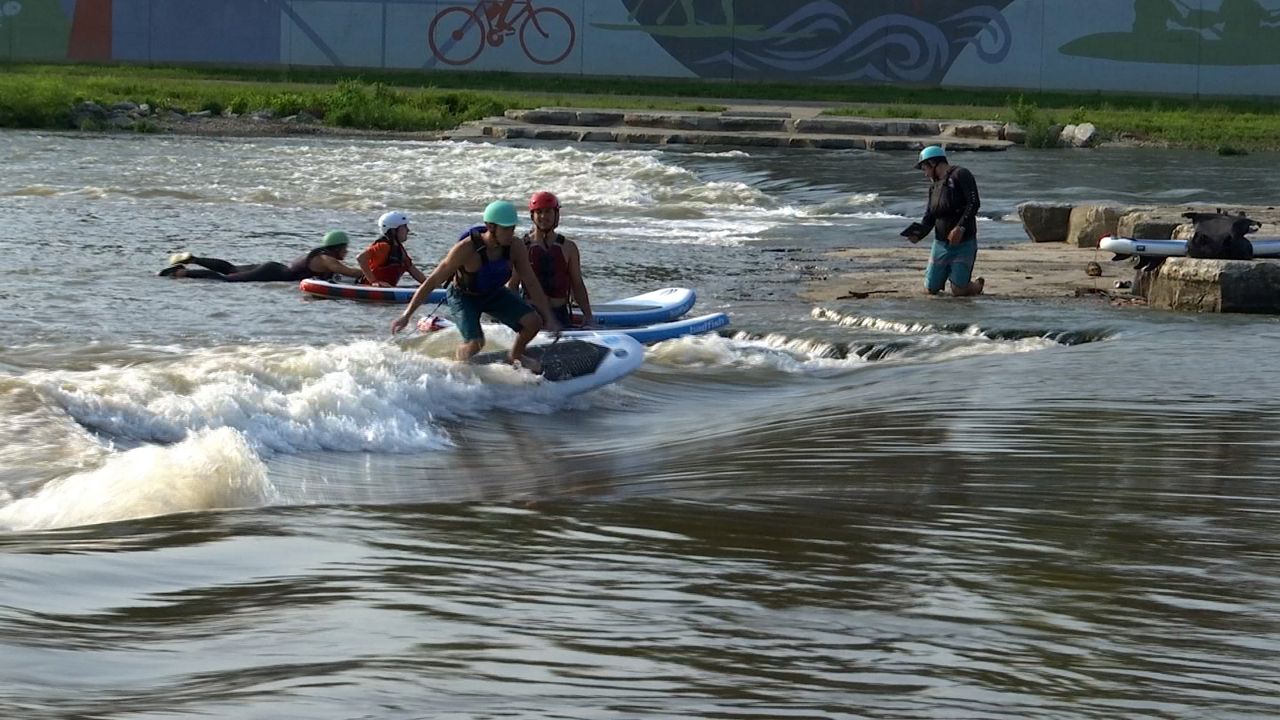 Previous 8 back-to-school crafts for the whole family
Next Shawmut: investing in the future of advanced materials